0:00:25.1: Welcome back once again. If you check back on one of our earlier videos, one of our earliest videos on YouTube, I'll put a link up in the... Up in this corner I think it is. There'll be a little card showing you my unboxing of the 35S tubs along with the stainless steel lids. These lids, single piece construction, all bent, spot-welded together, made to fit their 35S tubs, which are the shorter tubs, S for short, and the V-35 tubs which is the taller 5-inch tub. We've had them for quite a while, and this is my final thoughts on them. If you're gonna be a small-time breeder, just for a few snakes that you may have, if you're gonna be changing tubs every week like you should, this is the way to go. If you don't have the DIY knowledge on how to do... Build your own rack or anything like that, this is the way to go, or you can just purchase full-blown multi-thousand-dollar systems. That's not the way to go. If you're just feeding your own snakes, smaller enclosures like this that have nice tops on them, that's the way to go. But for us, now that we have grown so much, this is not the way to go for us anymore.

0:01:58.7: This weekend, we're actually gonna be done with mice after this weekend. We have African soft furs, and they are breeding a lot better. I needed more of them, so I made my own racking system for them. For monotubs, I have five lids altogether and that's not enough for African soft furs for the amount that we're gonna need to feed our hatchlings from here on out. So I needed to make something that can produce a lot more and I didn't have the room to set up a bunch of these tubs. Now, if you're a small person with say about 10 snakes, five of these tubs with African soft furs or mice will do fine. They will work good for also one adult male rat and one adult female rat or you can use these as nursing tubs and have up to two female rats in here with litters.

0:03:11.5: They work great. The tall ones work perfect. There's nothing I would change for the tall ones. Water bottles are real easy to put into the taller ones. They're easy to put in. This part, perfect. It works great. It doesn't get stuck into the bedding. It doesn't oversaturate the bedding. You just have it point sideways. Well, it's gonna be facing down, but have it pointing sideways. Food on top, no problem. They're able to get to it. The slots are big enough to allow their mouths to go through it, but small enough to where no mice can get through it. Some of you may be concerned about the size of the hexagonal patterns, that they're too large in diameter. They're not. In seven months to 10 months I've been using them, I had to look back again 'cause I made the video before I even posted it up on YouTube. I posted it on our Facebook page. But over the period that I have been using these, we've had lots of litters of mice in these tubs. I had them in the 35S's. I have never seen a small mouse of any size be able to make their way through these hexagons at all. So they're just right.

0:04:46.6: Now, a drawback. On the 35S tubs, you'll notice that there is a lot of bedding on top of this tub. Since it is so low, they're able to kick out a lot more dust, a lot more bedding out as they're going around, cruising around. And the other drawback, I had to use these big water bottles in order for the water to not get soaked into the bedding because these are just being so short. See the nozzle goes straight in and it's up about an inch above the bedding. So it's not turned sideways to where it could actually tip down even more and get into the bedding. I've had that issue with the other water bottle I showed, but this water bottle, since it goes straight in, no issues and it's also quite large, so it lasts a real long time. But being quite large means it's quite high and you gotta have some good height spacing between your shelves.

0:05:45.6: Now, mind you, I clean these tubs every week. This tub was cleaned this week... Or last week, I should say. This tub I just put together for transporting the rest of our mice to our mentor because she will need them a lot more than we will and I'm just sick of dealing with mice eating their young. So I don't like mice. We're not gonna do mice. We're gonna do African soft furs. I mentioned that already. Off of the four days that this tub's been set up, being the tall tub, this is the first time I've actually had mice in a tall tub; otherwise, I was carrying rats around in them. They don't kick out anything on the top. There's a little bit of bedding down in here, but that was from me adding bedding into the container.

0:06:38.0: So there's pluses and there's minuses. There's always pros and cons to everything. The pros, if you're small, it works great. No escapees, no chew outs, simple and basic design. The cons, short tubs, you can get messy a lot faster because of kicking out the bedding out at the top. You have to use specific water bottles with straight nozzles instead of hooked nozzles so they don't get into the bedding on the short ones. They take up a little more room compared to a rack system if you need a bunch. Not a lot of drawbacks, but the space and the mess. That's it. I still like them. I just don't like the mice. I'm gonna still keep the tubs for if I have to transport African soft furs to another location or take some rats to another location, because with these big old butterfly clips on them and the hooks on the back, these lids aren't coming off. They work really good. They'll work good as transports. Even though if you stacked two on top each other, they'll slide around, so I won't be doing that. That's another good thing about them. You can use them as transport. The only reason why I'm not gonna be using them anymore is because we're not gonna have any more mice.

0:08:02.5: Now, you may ask yourself, why am I not gonna have mice if I breed ball pythons? Well, A, mice stink. They stink twice as bad as any rat. And B, I would say about 50% of time, they eat their young. I'm giving them a high-protein diet. I'm giving them the Mouse & Rat Diet from Mazuri, which has 23% protein, and they are still eating their young from time to time. In order to be a successful ball python breeder or any other animal breeder, you gotta have a good food source. I gave them a good food source, but they weren't given me a good food source for our pythons. So hopefully, these tubs will be good for you. 0:08:53.0: Thanks for watching. I'm Dave again from DnA Reptilia. If you like our videos, please hit that like button. Leave a comment down below, let me know what else you would like to see, and please hit that bell so you get a notification when we actually upload new videos. It'd be nice to see you come back again. Until next time, see ya.

"Hello world! We are Dave and Abby! Join us on our adventures on reptile care and breeding. Along the way, we will Learn, Fail, and Succeed. We will post all sides. Come learn with us :)" 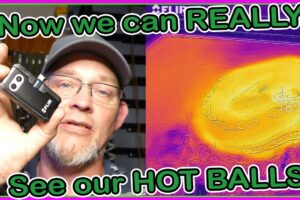 See What a Ball Python Sees 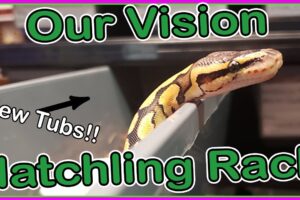 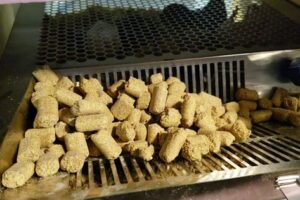 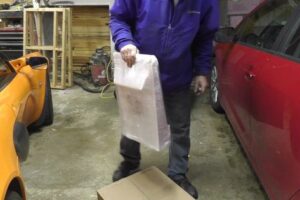